THE NEXT PIRATE ATTACK AGAINST WASTE 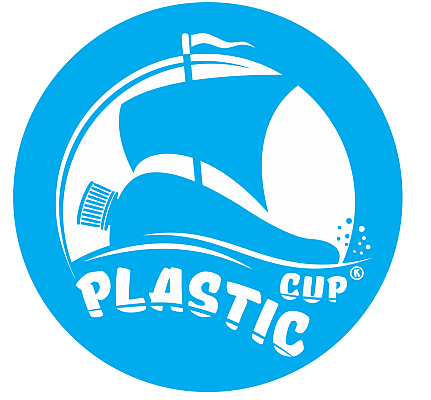 THE NEXT PIRATE ATTACK AGAINST WASTE

THE NEXT PIRATE ATTACK AGAINTS WASTE – The sixth Plastic Cup is starting on 4th of August.

Mentioning summer and waterside makes many think of holiday and relax at lake Balaton or on a beach. But for an ever-growing part of the society, those words recall a good pirate adventure and volunteering for nature conservation: the PLASTIC Cup. This year’s – altogether for the sixth occasion – 10-day waste picking derby at river Tisza will take place between 4-12 August 2018 on 70 km from Szatmárcseke to Tiszamogyorós, combined with a Transcarpathian pre-race in the days before the Cup.

The civil initiative of the PLASTIC Cup has now become to an internationally important environmental and nature conservation project. With the power of sport, volunteering and environmental awareness, it draws attention to the protection of rivers and the importance of proper waste management. The root of the problem is the flood of PET bottles, or plastic tsunami coming from across the borders – often thousands of tonnes. Many believe that infamous garbage patches are far from us, in the oceans, however, a huge amount of waste is floating through our small country and a part of that stays here. Thus, global waste pollution is also seen in Hungary, and this is why the European Union’s Plastic Strategy announced this year is a major step forward, proposing measures for prevention and encouraging the extension of recycling and increasing the rate of recovery. As a result, hundreds of initiatives have been launched to eliminate plastic and other wastes, to prevent their production. One of them is “Plastic Free July”, which sends plastics to leave and prompt people to be conscious.

The aforementioned initiatives serve, among other things, the goals of the PLASTIC Cup. The enthusiastic community of the Cup, including both organizers and participants, does not know impossible; they have been cleaning river Tisza for 6 years and its floodplains, and they build up their boats from waste collected there – and borrowed from settlements along the river – for a week journey on the river. The initiative known as the “Water Cleanup” is organized by Filmjungle.eu, the Hungarian Association of Environmental Enterprises (HAEE) and the Sonar Diver Team.

The Cup this year will introduce a set of novelties, including race in Transcarpathia, Ukraine riding PLASTIC kayaks (solely made of PET bottles) and canoes between Huszt and Szatmárcseke from 1-4 August 2018. Here, pirates will navigate the well-proven 100% PET bottle kayaks, with help of the Transcarpathian teams, already providing crew for 2 plastic boats at the Cup. This race in Transcarpathia means a huge step forward in raising awareness in one of the source areas of the pollution, as the volunteers of the Cup already made on the International Danube Day in Kvasovo in Transcarpathia. The Transcarpathian race became reality with the support of the Bethlen Gábor Foundation.

After the landing of the Transcarpathian race, the large shipbuilding is starting on the Tisza shore of Szatmárcseke, where teams will build 21 boats, each for 4-8 persons, at the same time –more than 30,000 PET bottles are becoming part of the hulls. Among the teams we can find the boats of radio Tilos (Tilos means forbidden) and Henkel for the second time, the veteran Tisza2, the devoted volunteer team of Siemens (Evező-SÖK), the allied Aztakeservit.com and the Municipality of Cigánd, the returning Prezi, and NHKV Plc. coordinating the Hungarian waste management system, as well as FŐTÁV Plc. and FŐTÁV-Komfort Ltd., representing public (district heating) companies from the Hungarian capital, and many others. This year, a unique international expert boat will navigate thanks to the JOINTISZA project aiming to renew the water management plan of Tisza River Basin and supporting the aims of the Danube Region Strategy. On the JOINTISZA boat, water and waste experts from 8 countries in 4 continents (India, Morocco, United States of America, United Kingdom, Serbia, Slovakia, Italy and Norway) will travel arriving to the call for help of the Tisza!

Full press release can be downloaded from here.