Ministerial Conference on Marine Litter and Plastic Pollution15 September 2021Next

NEWS FROM THE DANUBE REGION – September 2021 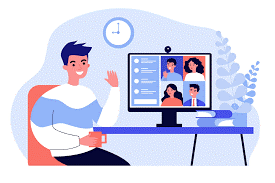 On March 2011, the Ministers responsible for environment and nature conservation of Austria, Croatia, Hungary, Serbia and Slovenia signed a joint declaration to establish the transboundary reserve. Following the preparatory steps after 10 years negotiations and work the Mura-Drava-Danube area became a transboundary Biosphere Reserve on 15 September 2021.

On 20-21 a workshop on Water Scarcity and Drought Risk Management in the Danube Region was organized by the World Bank and IAWD under the Danube Water Program together with GWP CEE.

The main objectives of the workshop was to raise awareness about the relevance, past and potential future impact of water scarcity and drought in the Danube Region and to provide a forum for technical exchange on good practice approaches to make the region more resilient against such extreme events. The workshop also aimed to collect challenges and potential support needs for future actions.

The workshop presentations and main conclusions are collected under the relevant event page:

First Litter Trap in the Danube has been opened

On September 21st the first Litter Trap in the Danube river at Budapest has been officially opened. The Litter Trap is placed in the Danube river in front of the Budapest University of Technology and Economics. The installment of the first Litter Trap has been initiated by CLEAR RIVERS and Audi Environmental Foundation in cooperation with Audi Hungaria and will collect floating litter for one year. The installation is fixed to a floating pontoon, from which it can easily be operated. In contrast to conventional nets, the partition panels barely interferes with the river as a habitat. This ensures that fish and other river creatures do not get caught in the catch basin but can dive beneath it.

During this pilot the project will retrieve plastic litter from the Danube. The retrieved litter will be monitored and made available for recycling.